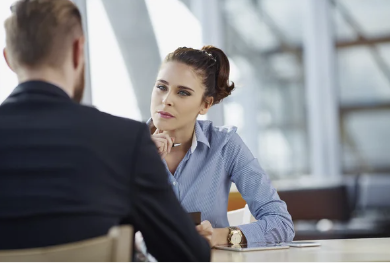 Asking for more pay is never easy, but it’s also not something you should be shy about. Here are some tips to help you make the most of your next raise request:

When Not To Ask For A Raise

If you’ve been working for less than a year, hold off.

If you’ve been working for less than a year, hold off. There are several reasons why asking for a raise too early is not the best move. First and foremost, it’s unlikely that you’ll have enough experience to know what kind of salary would be appropriate for your position at this point in time. Your performance evaluation isn’t going to provide much help either—you may have received positive feedback on your work but still not be ready for a pay increase yet.

Another reason why asking for a raise too early can be detrimental is because it might make you seem flighty or unprofessional. If your boss sees that you’re only planning on sticking around long enough to collect what he/she thinks is owed to you, they might think twice about continuing to give raises later down the line (or even hiring someone else). Finally, if they find out that other people were hired at higher salaries than they were offered when they were first starting out (even though their qualifications were similar), they might feel like they’re being treated unfairly by their employer and decide that it’s easier simply not asking anymore rather than risk being disappointed again later on down the road!

If you don’t know why you should get a raise, don’t ask for one.

There are a number of factors that can determine whether or not you’re ready to ask for a raise. One of the biggest factors is your current pay rate and how it compares to what you know other people in similar roles are earning. If you don’t know what the going rates are, talk to someone who knows—your manager, HR rep, or even a business owner in the industry—and find out how much people in similar positions make before asking for more money yourself.

But having knowledge of market data isn’t enough on its own; there’s also some internal work that needs doing before requesting more cash from your boss. First off: if you haven’t done anything different since last year (or last month), then don’t expect an increase in salary just because it’s been x amount of time since your last raise request! Similarly, don’t request an increase if all your accomplishments have been replaced by new ones since then—it takes time for companies to notice and reward growth like this!

Comparison to a coworker.

Company is not growing.

Company is laying off or going through a reorg..

If you work at a company that has had to lay people off recently or going through a reorg, beware of asking for a raise. Your boss may see this as an opportunistic move on your part and could be reluctant to give you one. It’s not just about the money—it’s also about how others perceive you. If your company loses employees due to budget cuts or other reasons (like downsizing or re-organization), there might be some resentment in the office over who stays and who goes. Asking for a raise right now won’t do any favors for your reputation if it seems like all you care about is getting paid more money when others are losing their jobs because of financial issues at work!

It can be tricky timing the ideal moment for any negotiation—and raises are no exception! But if there’s one thing we know from research, it’s this: managers will usually grant raises only when they feel confident in their ability to keep employees around long term — so if you’re planning on changing jobs any time soon anyway (or even after), hold off on making any requests until after those plans have been solidified.

When To Ask For A Raise

If things are good at the company and you’ve done good work that’s worth paying more money for, go ahead and ask.

If you’ve done good work, and your employer sees value in what you’ve created or done, then there’s no harm in asking for a raise. Simply tell them what you’ve been doing at the company and how much it has helped their business, then ask for more money.

Don’t be cocky about it—that can come off as disrespectful—but instead, be confident that your work is worth the extra cash. Be prepared to explain why you deserve a raise (and have numbers to back up your claim).

When it comes to negotiating a raise, it pays to do your homework. Before you approach your boss with your request, make sure you have an idea of what the market rates are for your position and how well you’ve performed. Here are some questions to ask yourself before approaching the topic:

Be confident, but not cocky, in asking for a raise.

To ask for a raise, you have to be confident. But don’t let that confidence get in the way of your ability to speak objectively about your accomplishments.

The right tone is key: You want to emphasize the value of what you’ve done for the company, but avoid being cocky about it. Be prepared to explain why you think you deserve a raise, but don’t make it seem like you’re talking down to your boss by explaining how easy their job is compared with yours or how many hours and sacrifices were involved in getting results.

Ask for a raise when you have a good reason you deserve it.

Finally, it is important that when making your case for more pay, you be mindful of the fact that there may be other people who are equally or more deserving of a raise than yourself. Asking for more money when someone else in the company deserves it more can do more harm than good—it makes you look greedy and ungrateful!

You may be wondering if it’s time to ask for a raise. If you have been working hard and consistently producing excellent results, then the answer is definitely yes!

When you’re ready to ask for your first raise, make sure it’s a good fit for both your company and you. You want to show that you’ll be able to handle more responsibility without needing more work or pay. However, if you’re looking for something new and bigger than what your current position offers then this isn’t the right time.

Before asking for a raise, make sure there are no other issues between yourself and your employer that need addressing first such as communication problems or poor management practices in which case these would need to be dealt with before requesting any increase in salary.

Human resources is a rewarding profession that can have tremendous impact on your organization. Many…

The job market is constantly changing. To stay ahead of the curve, you need to…

Is Your DIY Resume Holding Your Job Search Back?

So, you've been looking for a new job, and you're not having any luck. Maybe…