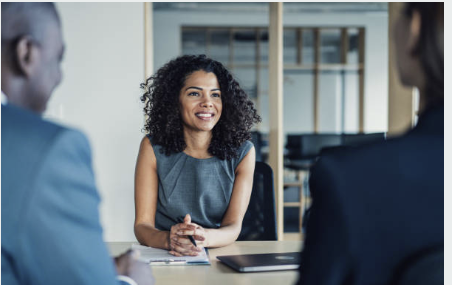 Interviews are stressful, and there is no way around that. You have to be prepared to answer hard questions and even harder ones. In fact, if you go into an interview knowing how it works, you’ll be ready for anything that comes your way—and you’ll come out feeling confident about the process as well. Here are eleven tips on how not to mess up during your next job interview:

Being late for an interview is one of the biggest mistakes you can make. It suggests that you don’t care about the company or position and that you may not be reliable in other areas of your life.

If you are running even a few minutes late, call ahead and let the interviewer know (if they are still there). If they have left, try to reschedule as soon as possible and apologize profusely. If this error is due to transportation issues (such as heavy traffic or a train delayed on its route), address it in an honest way when explaining why you were delayed—the interviewer will most likely understand if they are aware that such things happen regularly.

You may have been told that it’s a good idea to bring copies of your resume to an interview, in case they don’t have one on file. However, this is not the case. You should not bring any copies of your resume or CV (curriculum vitae). The reason is simple: if you’re asked about something on the resume that doesn’t align with what you’re saying in person, it will look like you’ve given a dishonest answer. Moreover, nobody wants to carry around another piece of paper for the rest of their lives—and especially not when it might be just one more item on a list that already includes phones and wallets/purses. Plus, recruiters often make photocopies as part of their routine anyway!

Avoid being close-minded. While it can be tempting to think of your interview as an opportunity to show off how much knowledge you have about the company and the industry, this isn’t the best way to go about it. Being open to new ideas shows that you’re not only interested in growing yourself but also wants others around you to grow as well. This makes for a more collaborative team environment which is crucial in today’s workplace.

You also want make sure that your questions are not too personal or invasive during an interview (unless otherwise instructed). These types of questions may make potential employers uncomfortable and might cause them not hire someone who they otherwise would have hired if they hadn’t asked those questions during their interview process.

Filler words are a conversational crutch that many people use when they’re unsure of what to say next. They can also be used when you’re nervous and have nothing else to contribute, or when you don’t know the answer.

Eye contact is a big part of making a good impression. The person who is interviewing you wants to see that you are paying attention, listening, and interested in what they have to say. If your eyes are on the floor or ceiling, it will make them think that you are not engaged with them or even paying attention at all. You want to make sure that when someone asks a question, you look directly into their eyes as they speak so they can tell that you are engaged with what they’re saying and interested in getting an answer from them.

A big mistake many job seekers make is overdoing it on the perfume or cologne. If you’re applying for a high stress position, you may want to use a little bit of fragrance to help you feel more confident and ready for the interview. However, if you go overboard and end up smelling like a flower garden with an extra touch of coffee-shop pastry (which can actually happen), then it might be best to skip fragrance or cologne altogether.

It’s also important not to choose an overpowering scent that could trigger allergies in other people in the room. In addition, your body chemistry may react negatively with certain scents so don’t take any chances!

Talking about money is tricky.

You need to know what the market rate is for your position, and you want to make sure that you’re being paid well enough so that you can afford rent and food. But it’s easy to get caught in a cycle of comparing yourself with others when it comes to pay—and this can hurt your chances if other firms are willing to offer more than this firm (or if they have similar salaries but higher bonuses).

This is why many career experts say that it’s best not to mention money at all during an interview—at least not until later in the process when things are looking good for both sides, or when there has been some discussion about benefits packages and bonuses. If possible, hold off even then until after an offer has been made and accepted.

When it comes to job interviews, there are a lot of things you can do wrong. You need to be prepared for any question that could come your way—and if that includes questions about your previous co-workers and employers, you’ll want to have answers ready.

If you were asked: “Why did you leave your last job?” or “What was the hardest part of working at [previous employer]?” don’t let negativity get the best of you. Your answer should show an understanding for what went wrong without making excuses or bad mouthing anyone involved. Instead: Focus on the positive aspects of this situation (like learning from mistakes) and explain how these experiences will help contribute toward future success at this new company.

If you would like to receive more assistance in overcoming any of your obstacles that you are facing, we can definitely help. We offer Interview Preparation Session coaching and multiple coaching sessions so you can ace your next interview.

How to Quit Your Job

Are you thinking about quitting your job? If so, you're not alone. In fact, more…

In today's job market, your online presence can be just as important as your resume.…

Top Reasons to Have a LinkedIn Profile

If you're job hunting, you know that having a strong LinkedIn profile is essential. But…