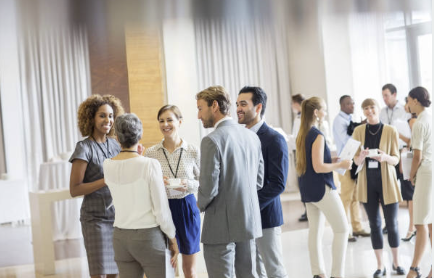 Networking is the key to success in business. It’s often said that it’s not what you know, but who you know. And yet, many people still make mistakes when it comes to networking, which can hinder their professional growth and job search. By avoiding these common pitfalls of networking, we can all increase our chances for success in both our careers and lives at large:

You may have noticed that the word “alone” is missing from that list. That’s because relying solely on online networking will make it hard for you to get out of the digital world and meet people in person. Remember, it’s not enough to simply be a social media expert or email savant; you also have to be a great conversationalist and know when and how to use these tools appropriately.

If you’re looking for a job, especially one where face-to-face interaction matters (e.g., sales), then it’s important that you’re able to connect with people individually before they can trust working with you as part of a team or organization. Your online presence is important too—but only if it helps foster those relationships in person!

If you’re trying to network with people, don’t make it about yourself. Be interested in others and show that interest by asking questions, listening more than you talk, and being a good listener. Ask for advice from those who might have some to offer—and take their suggestions seriously.

Shy away from introverts.

One of the biggest mistakes introverts make is to shy away from other introverts. While this seems counterintuitive, it’s easy to see how this might happen. After all, if you’re an introvert, you may not be as talkative in social settings as your extroverted counterparts. You probably want to avoid networking events or parties at all costs. However, that doesn’t mean you can’t still make good connections with others by asking questions and listening!

Also remember that not everyone is an extrovert; some people are quite comfortable being alone with their thoughts (like me). If someone says they’re an “introvert” or a “shy person,” give them the benefit of the doubt and don’t assume that means they hate interacting with others—it could just mean they’re more comfortable doing so on their own terms rather than having conversations over coffee every morning at 8 am.”

You might have a lot to say, but the most successful networking conversations are those in which the other person is able to do all the talking. This means that, when you’re speaking with someone, you need to be listening for them—without preparing what you’re going to say next.

Don’t skip happy hour. It’s a good opportunity to meet people and make connections. You’ll learn more about the industry, its trends and its personalities. It can also help you build your reputation as someone who’s willing to go above and beyond by taking initiative on their own time.

Come to the party empty-handed.

It’s easy to be caught off guard when you’re invited out and don’t know what kind of gift you should bring. A small token, like a bottle of wine or even candy, is always appreciated by hosts who have gone through all the trouble to put on a party for you. If all else fails, bring along your business card so that people can remember who they talked with at the event.

In the face of mistakes, this can be a difficult thing to do. The temptation is to think about only what we want and not the steps it takes to get there. But if we don’t focus on the process, it can lead us astray.

It’s easy for people to get caught up in their own heads—about how they want something so badly that they jump into things without thinking them through first. They might start networking with someone whose company they would never choose otherwise; or they might go after opportunities that aren’t right for them just because of the potential pay-off at the end of the tunnel (such as landing their dream job).

But when you approach networking like this, you miss out on all sorts of opportunities for growth along your journey toward your ultimate goal: improving yourself and building relationships that will help advance your career trajectory

Cast too wide of a net.

When you have a goal in mind, it’s important to be strategic about who you network with. Instead of trying to meet everyone in the room at a cocktail party, take some time to think about your company and career aspirations before attending events. In particular, consider which people would be most helpful for supporting your career goals—and then plan ahead so that you can make an impression on them. You’ll stand out from the crowd if you make it clear how much value they could gain from working with or being connected by someone like themselves.

Networking is more nuanced than you may think-here’s what to keep in mind while job hunting.

When you’re job searching, networking is usually one of the first things that comes to mind. But networking doesn’t always mean you have to meet someone new and go in with a pitch. It’s more nuanced than that—here’s what to keep in mind while job hunting:

It’s important to have a strong foundation of knowledge about networking and the job search process before diving in. With that knowledge, you can start building your network, connecting with others and staying focused on your goals. The more research you do now, the less time you’ll waste when it comes time to start making connections with others in person.

Compilation of the Top 10 Cities Employers in the U.S.